BRINGING THE BRAND TO THE PEOPLE

A successful campaign that allowed existing Digicel customers to watch to popular music videos for free on their mobile phones. Plus it incentivized them to share it to earn airtime credit.

Smirnoff wanted to generate awareness about their new campaign and build a large community on the Digicel MORE platform – where customers can access exclusive new promotions and contests from local brands within the Caribbean. 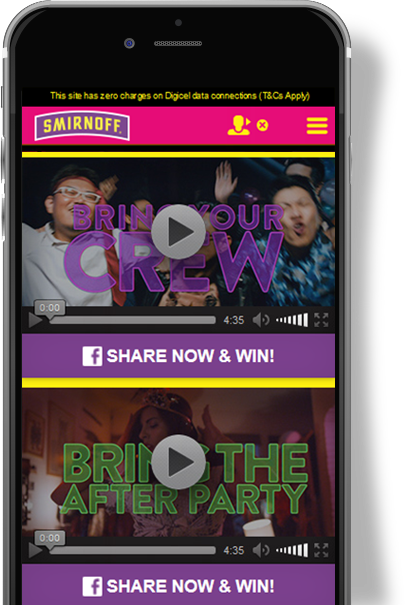